Bringing Texas to You since 1999

I decide to have a website about things that I enjoyed. I enjoy almost everything about Texas. To start this new website I needed a custom URL address. On August 13th, 1999 I registered the URL TexasBob.com. Prior to that date I was never known as Texas Bob. Now I am Texas Bob.

The first few years of TexasBob.com were spent learning more about web authoring and writing about Texas stuff. My primary software was Microsoft FrontPage. It allowed a very structured method that kept the users apart from the HTML language. It worked much like Microsoft word.

I added topical sections as I experienced it. My wife and I were eating at a nice little café on the Bolivar Peninsula and that was the beginning of a topical section of TexasBob.com called "TexasBob Eats". Of course we rode the Bolivar Ferry and a page about that was added to an existing section, TexasBob Travels. That is the way I developed the TexasBob.com content.

The website was published and maintained on a zippy dial up Internet connection.

Created an alumni website for those who attend OdessaHigh.com - Odessa High School in Odessa, Texas.

The Webpage was doing well and had what I thought was good traffic. I had changed to "Microsoft Expression" web software. It was much more comprehensive than FrontPage and allowed more flexibility in design.

In the fall of 2002 I was living my Texas life and working my real Texas job. At work I was a database man and a Microsoft Access guru. I had always wanted an on-line database. It was Texas. It was football season. It had to be a stadium database. I started with Microsoft Access and started gathering data. I published the stadium information in tables on a Webpage. Every night I would come home from work and research stadiums, and then put them on-line. The website traffic went through the roof. It was not easy. I thought to myself, "I'll be glad when the regular season is over then the traffic will drop and I won't feel so much pressure to add more and more stadiums". I was wrong. Play offs mean more fans are going to stadiums that they have never been to before. The traffic doubled in the first two rounds and then started dropping. At the end of the season I had 183 stadiums listed in my database. Before the 2003 season I had 938 stadiums listed and today I have 1246 stadiums listed. How did I do that? Texas football fans send me information 12 months a year.

I began doing research on a dynamic database. Dynamic databases store information in tables on the server and the results are "called up" when needed. That way I could have one Webpage for 1200 stadiums. The link to the stadium tells the table which stadium you want and it fills in the correct data. It sounds complicated and it is, for the programmer, but so simple for the user that they don't even know what is happening in the background.

The easiest way to do this is through PHP/MySQL. I just had to learn how to do it. I studied on-line and in books to figure out how to get results from a table of data onto a page. I built MySQL tables on my server but had trouble getting the data to connect to the Webpage.

One evening I was chatting with a Baylor Grad student on-line about this problem. He sent me four lines of code and said, "Try this". It was a "Watson, come here" moment. Within 24 hours the Stadium Database on TexasBob.com was a true dynamic web based database.

I created OdessaHighBand.com – a website promoting the alumni of the Odessa High School Broncho Band.

Created StadiumConnection.com - This is a website to host listings for football stadiums outside of Texas.

My retirement from Shell International E&P after 32 years, had a big impact on TexasBob.com and the time I could spend on it. About a month before I retired I decided to create a dynamic database of Events in Texas. It includes everything from County Fairs and Rodeo, Concerts, Arts & Crafts and more.

I published the Texas Football Stadium Guide based on the data in my stadium database.

During this time TexasBob.com was on auto pilot. I worked on and maintained the website and database in 2013 but I was not well and my doctor did not know what was wrong.

On December 5th of 2013 I walked into M.D. Anderson Cancer Center. I was diagnosed with a rare form of lymphoma. I was in ICU on life support twice and I did not get out of the hospital until April 1st 2014. My treatment continued through July 2015. I'm now cancer free.

When I came home from the hospital in 2014 I was in a wheelchair and could use a walker and my mind was dull. Physical therapy had taught me to walk again and would make my body strong again, but what about my mind?

For my mind and sanity I took on-line courses from Lynda.com. First I took "PHP with MySQL Essential Training". I taught myself PHP and MySQL but this course helped me streamline my programing and correct errors not visible to site visitors. This was my first formal website training since 1997 when I took a half day of training on FrontPage at work.

Published the Texas Football Stadium Guide and Hall of Fame based on the data in my stadium database.

I had known for several years that TexasBob.com was not mobile friendly. I took another on-line course "Learning Bootstrap 2" from Lynda.com. Then I redesigned TexasBob.com completely. Every page in TexasBob.com is viewable on all standard screen sizes. Today about 60% of the traffic on TexasBob.com is from mobile devices.

Published Texas Football Stadium Guide 2017: and Hall of Fame based on the data in my stadium database. I added more stadiums to the High School Stadium Hall of Fame.

Created OhioStadiums.com This website is dedicated to the listing of football stadiums located in Ohio.

I had a new TexasBob.com logo designed and I have been incorporating it in all aspects of TexasBob.

I took a Lynda.com course. "HTML Essential Training". I took this course to update my mind around HTML 5. Online training is a good thing.

Staying in because of the Covid-19
Upgrade to the latest Bootstrap system (bootstrap 4.4.1)

I will continue to maintain, update and enjoy TexasBob.com. 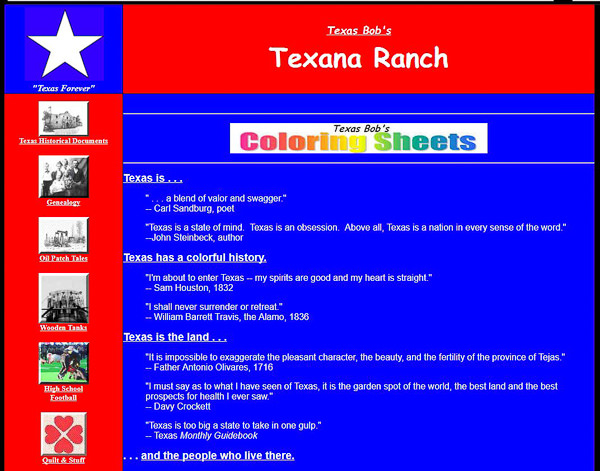 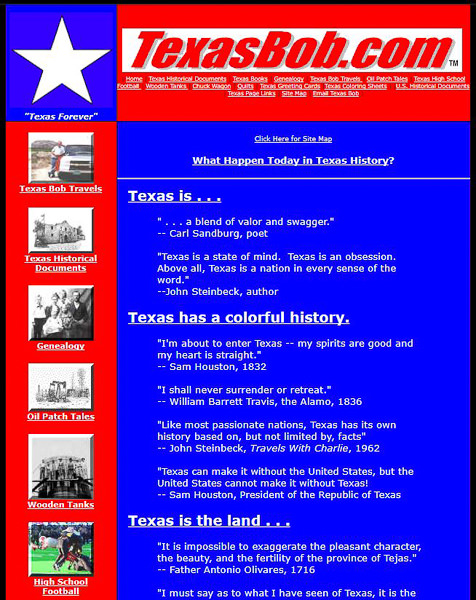 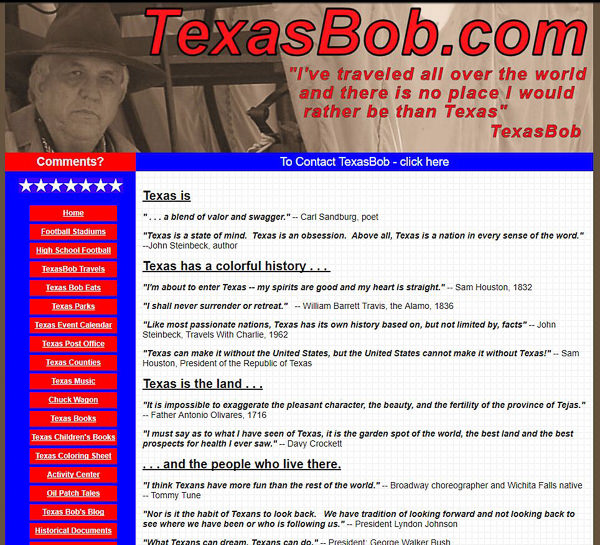 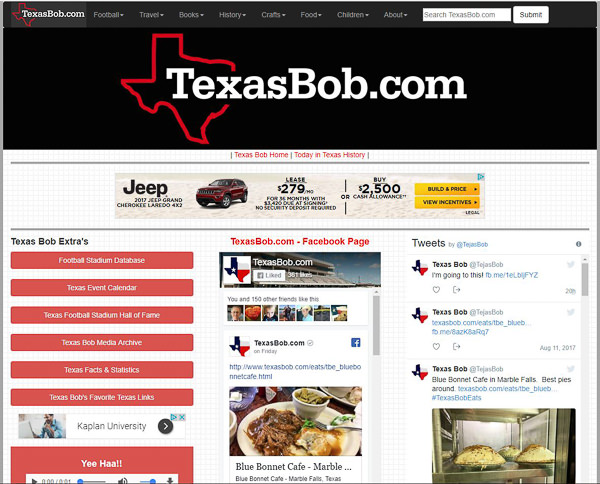 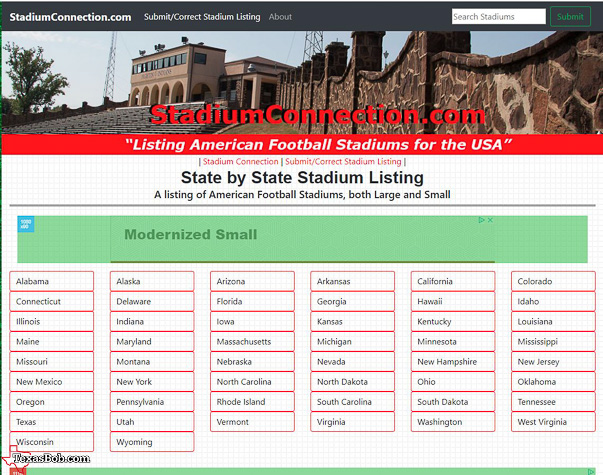 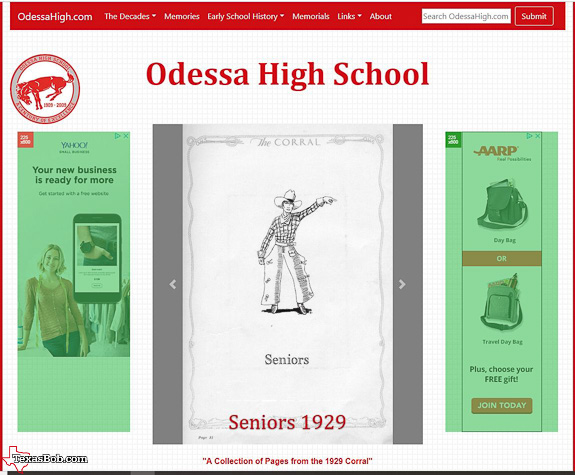 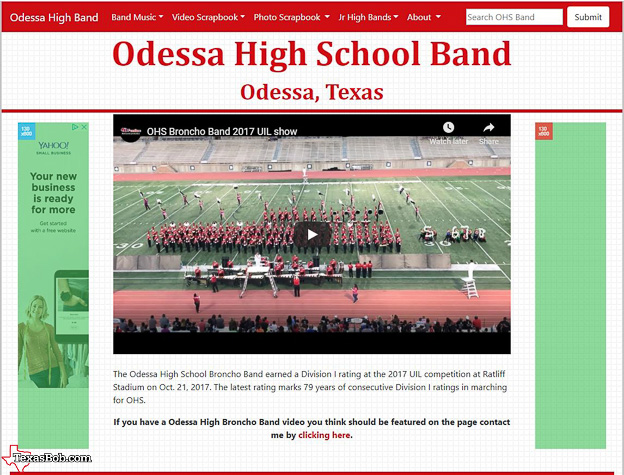 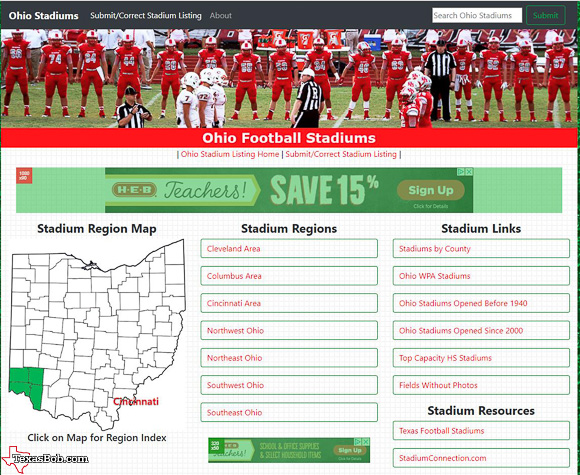 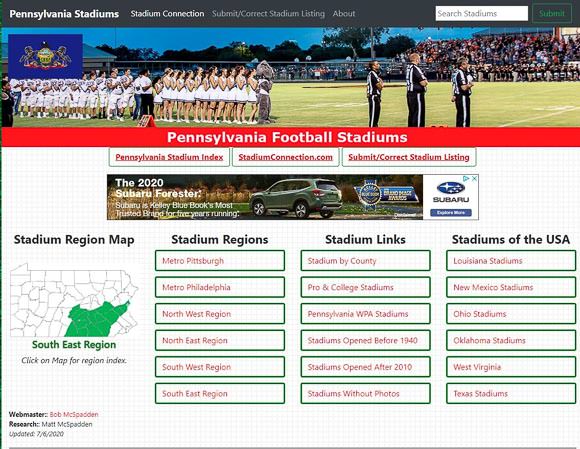